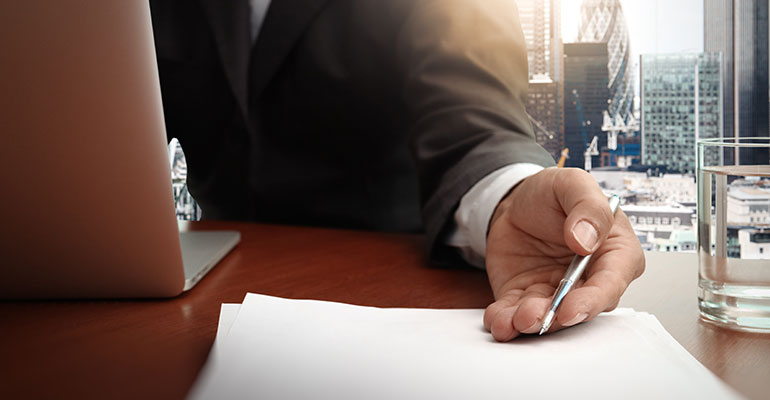 Signing a Florida non-compete agreement with your employer is a fairly common practice. But what about your legal rights? Understanding the various aspects and legal ramifications of a non-compete agreement is important to any worker — whether you specialize in information technology, sales, international business, or any other industries.

A non-compete agreement sometimes referred to as a covenant not to compete, is a document that lets an employer control the actions of its former employees long after they leave the company. Business owners request that you sign them (or make it a condition of your employment) to protect certain company interests. Below are some answers to common questions related to non-compete agreements to assist you in better understanding your legal workplace rights. Non-compete agreements must be limited to a reasonable amount of time. Employees do have to make a living once they leave an employer — and the legal system understands that. Typically, a non-compete agreement is considered valid for up to six months or as long as two years or more. Depending on the language of the particular employer/employee agreement, a Florida court can decide that it could be valid for up to two years. But — it is up to the employer to prove that the time restriction is reasonable, not the employee. Non-compete agreements are usually presumed invalid after two years, though there are occasions where a longer period of time may be appropriate.

This depends on a couple of things. How much do you want the job? What parameters are you willing to deal with if or when you leave the job? Since a number of employers will include signing a non-compete agreement as a necessary condition of your employment, taking these questions into consideration is important. As mentioned above, the actual details in the non-compete agreement will assist you in your decision whether or not to sign it. Do you clearly understand the details and the implications of signing the document? Will it be overly burdensome after you leave the company? This is critical information.

Enforceability of these agreements present unique, fact-sensitive considerations. That is why it is essential to consult with an experienced non-compete lawyer. They have the legal knowledge to review and analyze comprehensive agreements between you and your employer (or former employer). The Florida law that addresses non-compete agreements is found at Fla. Stat. § 542.335, under Title XXXIII for the Regulation of Trade, Commerce, Investments, and Solicitations. In general terms, the agreement is enforceable if it is supported by a “legitimate business interest,” which could include restrictions of competition in particular geographical areas, sales tactics, product information, client lists, etc. as listed above. Consider this as a general rule — the smaller the geographical area and the shorter the time frame, the easier it is for the non-compete agreement to be enforced. The courts will often consider these types of employment contracts to be reasonable under the law. But note — many employers will draft employment agreements that are quite broad, intentionally making it confusing (and even intimidating). Employees and former employees have a number of legal options regarding the legal enforcement of Florida non-compete agreements. When you are looking for potential ways to get around it, you may be able to get a temporary, preliminary, or even a permanent injunction preventing the enforcement of an agreement. You may also be awarded monetary damages for unpaid wages and/or commissions if you prevail. Another option could be filing a lawsuit asking the court to declare your rights under the agreement (a “dec” action.) Most of the time, however, it is the employer who takes action to enforce the agreement that may include action by your employer/former employer against your new employer. This litigation moves quickly and is very costly. Carefully evaluating the agreement before you are potentially in breach is key. Any legal options you may choose should be carefully considered. One may be more appropriate than others depending on the language of your non-compete agreement and the circumstances of your employment. If you left the company under duress or if the agreement was set up for an unreasonable amount of time, your best legal courses could be different. A non-compete lawyer can confidentially discuss your options for your situation.

Voiding a non-compete agreement is not easy, but it is possible. There are certain circumstances that could lead to making it null and void. One scenario is if you can prove you never signed the contract. Another possibility is if you can prove that the contract is not in the public interest. Were you terminated without a valid reason or part of a mass layoff at your company? This could also be an avenue to pursue for voiding a non-compete agreement.

This might be confusing for you, depending on the language of the agreement. If the language was very vague or broad, a non-compete lawyer should review it to determine your legal obligations. The same tenant applies if the employment agreement was for an extended period, such as more than two years. It may not be valid, and Florida workers have a right to pursue their chosen careers — and hold employers accountable if they have violated the law.

What You Should Do Prior to Signing an Employment Contract With a Non-Compete Clause:

If you are currently being offered a new job and have been asked to sign an employment contract with a non-compete clause, it is advisable to consult with an experienced employment law attorney prior to signing. The attorney can thoroughly review, analyze, and explain to you what the contract really means. If the legal language is vague or the terms are not acceptable to you, it could be incredibly wise to negotiate the contract. The excitement of getting offered a new job can sometimes be an obstacle to critical analysis. The future of your career could be in jeopardy if you sign a highly restrictive contract. An employment lawyer works hard to ensure the interests of you and your family are taken into account. When careers are at risk, we are here to help. Did you get fired for not signing a non-compete agreement? You may have a case. Are you unsure if your current non-compete agreement is valid or enforceable? We can thoroughly review and analyze the document and provide expert legal guidance in determining your best options are moving forward. We fight aggressively for the rights of employees every day in comprehensive areas of employment law, including non-compete agreements, unpaid overtime, payment disputes, EEOC mediation, wrongful termination, and more. Wenzel Fenton Cabassa P.A. has received multiple honors including Top Lawyers from Tampa Magazine (2019); Best Law Firms by U.S. & World Report – Employment Law, Individuals, Tier One for Tampa (2019); and a 10.0 Avvo Rating, the highest rating given by the organization rating 97% of the lawyers in the United States.