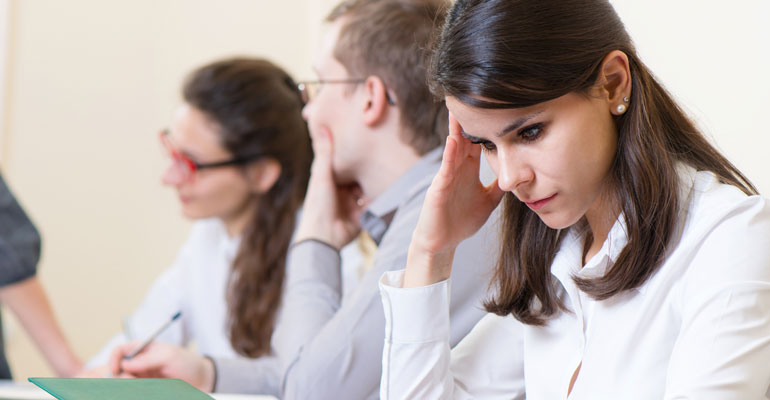 Unfortunately, employment discrimination is a common problem in the United States. In fact, research suggests that 61% of all workers have experienced it at some point in their lives. If you have experienced discrimination in the workplace, you should protect your legal rights as an employee. However, the range of available remedies will vary based on whether you are a member of a protected class or not. In this article, we will answeAVr the question, “what is a protected class?” and discuss whether you belong to one, and give you some examples to help you figure out whether it is time to contact an employment law attorney.

What is a protected class?

When Congress passed the Civil Rights Act of 1964, a section of the legislation was designed to prevent and punish discrimination in the workplace. The goal of the employment law protections of Section 7 of the Civil Rights Act is to protect groups of people who had historically been discriminated against the most by their employers, which is where the term “protected class” originated. A protected class is a group of people who have special legal protection against discrimination in the workplace based on specifically identified traits. Here are the major types of protected classes in the United States. This list is not all-inclusive. State law and local ordinances may offer additional protections.

An employer cannot discriminate against you if you are 40 or older, which was established by The Age Discrimination in Employment Act of 1967.

Employers cannot make decisions about your employment on the basis of gender, including protection for people who are transgender and non-binary.

You also cannot be discriminated against on the basis of being pregnant. If an employer fires you or reduces your pay, or takes other adverse employment action against you, because you are pregnant, you could have a legal remedy available to fight back.

Race is another protected class that limits how employers may treat you. An employer cannot discriminate against you for either outward expressions of race (like skin color) or assumptions about your race (like the texture of your hair).

It is also illegal for an employer to discriminate against someone on the basis of religion, including the wearing of religious clothes or the need for accommodation in order to exercise their religion.

You cannot be discriminated against based on the country that you were born in either.

If you have a physical or a mental handicap, an employer cannot use it as a basis for a decision about your employment status.

Whistleblowers are employees who provide information about their employer having committed an illicit act and are also considered a protected class.

Who is not protected?

Discrimination and harassment have two different meanings within the context of employment law. An employer can be sued for either, but the specifics of your case will depend on whether you have been discriminated against or harassed. We will take a closer look at these two terms in this section.

What is employment discrimination?

Discrimination occurs when your employer takes an adverse employment action against you based on your membership in a protected class. An adverse employment action is something that has a concrete and negative effect on your employment. It can include, but is not limited to, the following actions: If you have experienced one of these actions and you suspect or know that it was on the basis that you belong to a protected class, then there is a good chance that you were illegally discriminated against.

What is harassment in the workplace?

Harassment is any type of hostile conduct in the workplace based on your membership in a protected class. It differs from discrimination in that it does not require an adverse employment action to qualify for legal protection. Instead, if the conduct is so severe and pervasive that it interferes with your ability to do your job, you may have a claim. Harassment may ultimately end with an adverse by the employer or a “constructive discharge” meaning you had no option but to leave to escape the harassment.

Examples of Employment Discrimination Against a Protected Class

Sometimes the easiest way to understand a legal topic such as employment discrimination is to look at a few examples. So here are three scenarios to bring the ideas of workplace discrimination and harassment to life.

You have a job interview during which the interviewer makes a negative comment about your religious garb. You do not get the job and find out later that the employer hired someone with much less experience than you. In this scenario, you may have a case for employment discrimination on religious grounds.

You are a member of a minority racial group, and you constantly hear your boss, supervisors, and coworkers making jokes about that racial group at work. Although you are one of the most skilled workers on your team, you repeatedly get passed up for promotions favoring workers of a different racial group with less experience. In this scenario, you could have a legal claim based on racial discrimination in the workplace.

Now, imagine that you recently got pregnant and started telling people about it at work. A few days later, your boss calls you into the office and tells you that they are going to demote you because they cannot rely on you during your pregnancy. In this case, you would likely have a remedy available to you on the basis of pregnancy-related discrimination in the workplace.

If you are a member of a protected class who has recently been discriminated against or harassed in the workplace, now is the time to contact an employment law attorney. Even if you are not sure whether your case qualifies for legal protection or not, an attorney can evaluate its details and let you know. Wenzel Fenton Cabassa, P.A. can help. We stand up for employees who face discrimination at work and provide you with a free consultation to help you strategize. Get in touch with us today to schedule your confidential consultation.