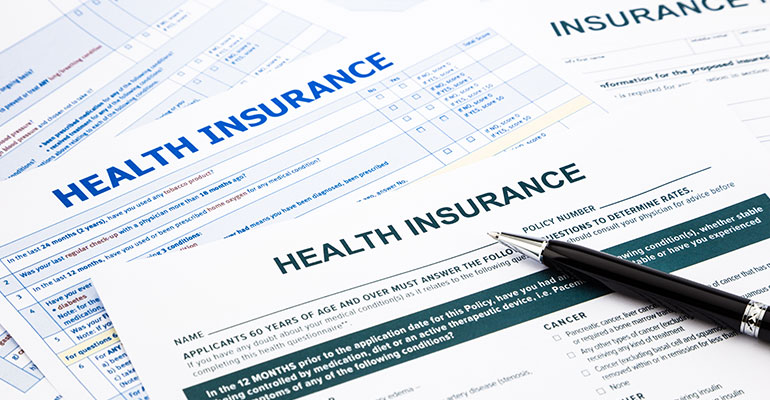 If you recently lost your job, chances are you have questions about health insurance. Fortunately, if you voluntarily resigned, were laid off, or were terminated from your job for any reason other than “gross misconduct,” you may still be able to retain your health insurance through COBRA coverage.

The Consolidated Omnibus Budget Reconciliation Act (COBRA) was passed by Congress in 1985 and went into effect the following year. It ensures that workers and their families can continue to receive health benefits under their former employer’s group health plan for a limited amount of time after separation.

That said, what do you need to know regarding COBRA eligibility, coverage, and payments and premiums? And what should you do if you’ve been wrongfully terminated or retaliated against and thus unfairly denied COBRA benefits by your former employer? And, even more importantly, can you understand the COBRA election notice you received so you can elect COBRA if you want coverage?

What You Need to Know About COBRA Insurance

Who Is Eligible for COBRA Coverage?

Whether you were a full-time or part-time employee, you should be eligible to receive COBRA healthcare coverage; although your eligibility is also predicated on other requirements such as plan coverage, qualifying events, and eligible beneficiaries. Under U.S. Department of Labor (DOL) guidelines, an employer has to have 20 or more employees in its group health plan, and those individuals have to be on that plan for 50% or more of a standard business day during the prior calendar year for the employer to offer COBRA coverage.

Furthermore, an employee must be considered a “qualifying beneficiary,” which means that individual (or his or her spouse/partner or dependent child) was covered by his or her employer’s group health plan before being separated from the company.

Finally, an employee has to go through a “qualifying event” that would have been the reason he or she lost health insurance coverage; for example, losing one’s job, getting divorced or legally separated, or having one’s hours reduced on the job.

What is a COBRA Election Notice, and what information must be included in it?

Employers often issue confusing COBRA an election notices to make an election of continuing coverage difficult because of the significant expense of COBRA coverage. Janet Kinzer, Health Insurance Continuation Coverage Under COBRA at 8, CONG. RES. SERV. (July 11, 2013) (noting that employers are concerned about COBRA costs because average claim costs for COBRA beneficiaries are 153% of the average claim costs for an active employee). That’s why it’s important to have an attorney help you review your COBRA notice. COBRA election notices must be written in a manner such that they are understood by the “average plan participant.”

For example, the COBRA election notice must include the name of the plan under which continuation coverage is available; and the name, address and telephone number of the party responsible under the plan for the administration of continuation coverage benefits. This information is often missing from COBRA election notices, leaving former employees clueless as to who to contact with questions about COBRA coverage.


How Long Does COBRA Insurance Last and What Does It Cover? As mentioned, if an employee was covered under his or her employer’s group health insurance plan, including, for example, medical, dental, vision, prescription drug, and employee assistance programs (EAP), he or she is eligible for COBRA insurance. For the former employee’s coverage to begin, the employer has to inform their healthcare administrator within 30 to 60 days of the former employee’s “qualifying event.”

In turn, the former employee and his or her family have a 60-day period to decide whether they want to purchase COBRA insurance. If an employer doesn’t notify a qualifying beneficiary of his or her COBRA rights, the employer may be subject to fines or other damages. However, if an employer does not offer health insurance to its employees or if they “go out of business,” they are not required to offer COBRA coverage.


What About COBRA Insurance Payments and Premiums?

Employees who are eligible for COBRA insurance are required to pay monthly premiums. The coverage is not necessarily economical, particularly if an employee’s health insurance coverage was employer-subsidized. In addition, employees have to pay a 2% service charge to the insurer. To determine the monthly premium cost, employees can speak to their former employer’s HR department.

Some COBRA plans offer a 30-day grace period and different payment options; for example, conversion plans, extensions, and disability considerations. Also, depending on the individual’s annual income per his or her income tax return, he or she could be eligible for a COBRA provision that provides a 65% federal subsidy for up to 15 months.


What If You Are Unfairly Denied COBRA Benefits by Your Former Employer?

If your former employer denies you COBRA benefits because you may have been wrongfully terminated or retaliated against, it’s in your best interest to contact an employment law attorney. Although the COBRA statute and case laws have not established a standard definition of “gross misconduct,” employers who choose to deny their former employees coverage on the basis of misconduct must consider the following:

Because there is not a clear definition of “gross misconduct,” as defined by COBRA law, courts have differed widely on their decisions. Therefore, denying an employee COBRA coverage because of “gross misconduct” can result in a higher than average risk of litigation for the employer.

That said, because Florida is an“at-will” state employees can be fired for any number of reasons; however, this does not include discriminatory reasons or if your employer retaliated against you because you exercised your rights. You cannot be fired for any of the following reasons:

To prove that you were discriminated against, you must first show that your employer had motive to discriminate against you. It would be easy if your boss told you directly that his actions were motivated by his disdain for your religion, but chances are you will have to prove that he treated you differently than your co-workers because of your religion.

Similarly, you must show that there was inequality in the workplace. For example, if you are pregnant and are physically capable of carrying out all of the tasks associated with your job, as your co-workers are, you can’t be asked to quit by your employer. Finally, some neutral employment policies are considered discriminatory if they exclude any of the protected groups listed above.

Likewise, you can’t be fired for engaging in a protected activity, such as:

If you believe that you were terminated for any of the above reasons and subsequently denied COBRA insurance coverage, an experienced attorney can help you with your case. If you’ve been fired for “gross misconduct” the burden is on your former employer to prove that.

At Wenzel Fenton Cabassa, P.A., we know that one of your biggest concerns when you’ve lost your job is ensuring that you and your family have health insurance, especially if you have ongoing medical issues. COBRA insurance can be invaluable during this difficult time, so if you believe you’re being unfairly denied coverage, contact us today. The initial consultation is free. Fired During the Pandemic Without Warning? Why You May NOT Have a Case